The election of the president is currently the most engaging issue in Nepalese politics. The parties have already sent the names of their candidates for the proportional electoral system, and the general election results have already been made public.

It has been challenging for everyone to predict who would be the next prime minister because of the surprise outcomes. But the most crucial question is who will be president since, while a majority of 50% is only needed to become prime minister, a president must receive the support of both chambers of parliament as well as province MPs.

Love for power and position

The recent announcement that Khilraj Regmi is a popular contender has startled the whole political system of the country making the choice of a president appear to be more difficult in the near future rather than simpler.

He is the same individual who served as both the Chief Justice and the Prime Minister before being chosen to lead the country through public elections in 2070 BS.

Democracy or powercracy in Nepal

We talk about the system of check and balance, but the elevation of a Chief Justice to the position of Prime Minister and now President has gone beyond all bounds of democracy, demonstraion a lack of confidence in the country’s democratic structure. 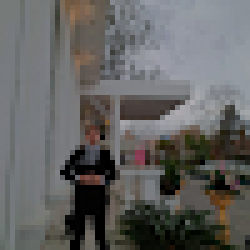 1 thought on “Presidential Drama in Nepal”